A really interesting read. Crowdfunding is not well developed as a research funding option here in the UK. I think it should be considered more carefully by universities and academics alike. For smaller research projects with clear and tangible public benefits it is worth exploring.

This post was originally submitted as a comment, in response to Milking the Crowd, by Melonie Fullick at Speculative Diction. 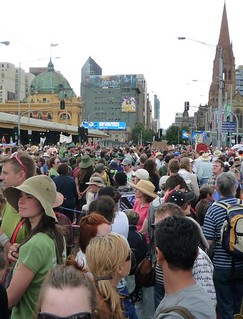 So many people II, by Jonathan O’Donnell on Flickr

Melonie has written a thoughtful piece that highlights some of the potential issues with crowdfunding. It is a debate that is worth having. I’m pro-crowdfunding, but I’d be the first to admit that there are issues to be sorted out.

There are specific problems around crowdfunding, but I don’t think that lack of peer review is one of them. While government research funding is usually peer reviewed,  industry and philanthropic funding sources generally aren’t. They are competitive, but they aren’t peer reviewed. Industry funding applications are often selected by a manager or committee, on advice from an in-house expert. They are then approved by a board of directors. Some large philanthropic schemes use peer review, but most don’t. In Australia…

Stories from being out on the field

Just like the horse whisperer - but with more pages

What have we learnt about impact and where do we go from here?

Funding opportunities, news and guidance from RKE at Manchester Met

Just like the Thesis Whisperer - but with more money